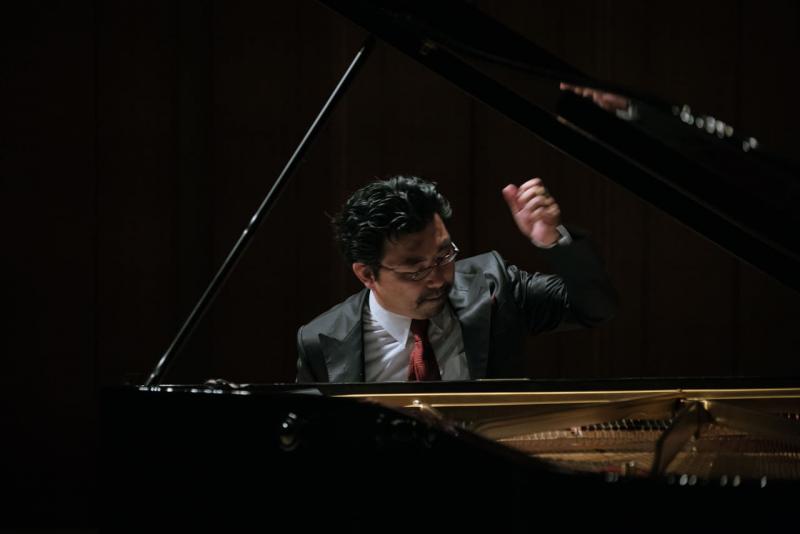 Born in 1978, he started learning the piano and the violin from the age of 2, and the cello from the age of 6. He started becoming active from a very young age. When he was 5, he made his TV debut in the progressions of Mr. Minoru Ozone and Mr. Yasushi Akutagawa. At 10, he performed Mozart’s concerto with his original cadenza. Since winning the 1990 All-Japan Student Music Competition, he has gone on and won several major competitions in the country. In 1993, he received a commendation from the Sendai City Board of Education for educational achievement. In 1996, he joined the ?rst Hamamatsu International Piano Academy. After winning third place at the Clara Schumann International Piano Competition (the judges included Martha Argerich and Nelson Freire), he was hailed as “intelligent and talented” by Dr. Joachim Kaiser. Later, he would go on to win more than 10 awards at international competitions.

After graduating from Kobe University, all the judges unanimously awarded him the Diplôme Supérieur de Concertiste for both piano and chamber music at L’ Ecole Normale de Musique de Paris (all the judges awarded him full marks for chamber music). He studied the piano with Reiko Kumagai, Mikhail Voskresensky, France Clidat, Jean Micault, György Nádor and Zoltán Kocsis, chamber music with Nina Patchett and Christian Ivaldi, and musicology with Akeo Okada.

He has performed with the Tokyo Symphony Orchestra, the Royal Metropolitan Orchestra, the Royal Chamber Orchestra and the Danube Symphony Orchestra etc. Many of the tracks can be found on YouTube. “Due Domenico”, “Angel del Piazzolla”, “And the Bell Tolls” and “Hommage a Invention”, which were released under King International, have been acclaimed in several magazines. In addition to major concert halls within Japan, he has performed in USA, Russia, Germany, France, Italy, Spain, Austria, Hungary, Poland, Taiwan and Columbia. From 2016, he has served as a judge for “Danubia Talents”, “Osaka”, “Xabia”, “Liszt”, “Orbetello”(Junior) and “Monegrarte” International Music Competition. He has mentored over 1,000 musicians, and has produced many winners at major domestic and overseas competitions (PTNA Grand Prix, Silver Award, Gold Award, Tokyo Music Competition Champion and many international competitions). Other than being a judge and a Masterclass lecturer, he has also written essays which were published in newspapers and magazines. 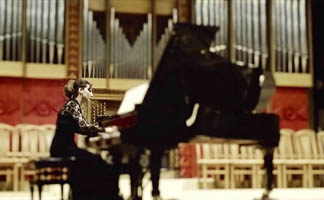 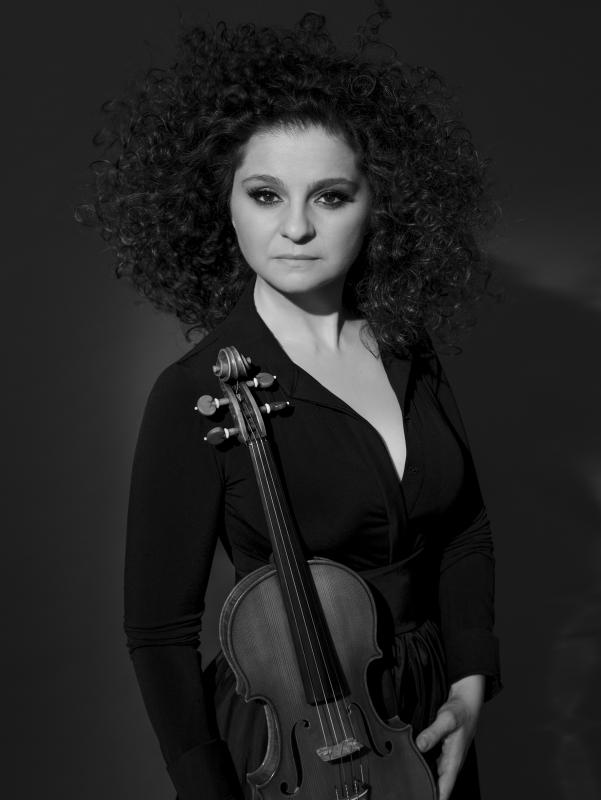 Orsolya Korcsolán violinist has recorded recently Sandor's Kuti chamber works, and Miguel Kertsman's violin competition, which was dedicated for her, with the contribution of the London Philharmonic Orchestra and Dennis Russel Davis conductor at Deutsche Grammophon, the best-prestigeous classical music publisher of the world.

According to the Scene Magazine, her violin playing is "heartbreakingly beautiful", Pizzicato says that listening to her is an "incredible experience", the Crescendo Magazine considers her performance "full of emotion". "Amazing technique, wonderfully individual violin sound and adorable performance" (Jeremy Kaplan, TIME magazine), what has been getting a great attention by a wide international audience since her New York debut.

Her chamber music partners include the Grammy Award-nominated clarinet player David Krakauer, the Grammy-nominated and Echo-winning Avi Avital mandolin player as well. He performs as a concertmaster of the Kammersymphonie der Wiener Symphoniker and world-famous conductors such as Zubin Mehta, Michael Tilson Thomas and Christoph Eschenbach.

She is the soloist of the Ferenc Liszt Chamber Orchestra, the Raiding Liszt Festival, the Musikverein of Vienna, the Shir Amy Ensemble in New York several times.

She performed on the Karl Amadeus Hartmann's Concerto Funebre in Hungary.

Her first two recordings, MOSAIC-Classical Jewish themes for violin and piano, and her other album that showed Korn Goldmark -Károly Goldmárk and Eric Korngold's music works, were released at the prestigious Solo Musica München publisher.

Now, the third album, recorded by Deutsche Grammophon, commemorates the work of the Hungarian composer, Sandor Kuti, who was killed in the Holocaust,and presents his never heard chamber music compositions.

She is a dedicated interpreter and researcher for the work of composers who died in the Holocaust. He is one of the founders of the Holocaust Documentation Center and Memorial 'Missing Links' concert series, the Ambassador of the Jewish Cultural and Summer Festival worldwide, the resident musician and art consultant of the Goldmark Festival in Budapest and the Jüdische Kulturwochen Wien.

The young violinist was the student of the Ferenc Liszt Academy of Music in Budapest from the age of 12, where he received her diploma with honors. She continued her studies on the recommendation of Sir György Solti in New York, at The Juilliard School, where she obtained her master's degree with the direction of Dorothy DeLay and Itzhak Perlman. In New York, he won the Dorothy DeLay Award and the Cornelius Vander Starr Prize. These  prestigious prizes only exceptionally talented musicians can get.

Besides the concerts and international masterclasses, she is the founder and director of "Musikschule in Wien" and "International Palffy Masterclasses" which is in Pálffy Palace, in the heart of the imperial city, Wienna, where she lives. 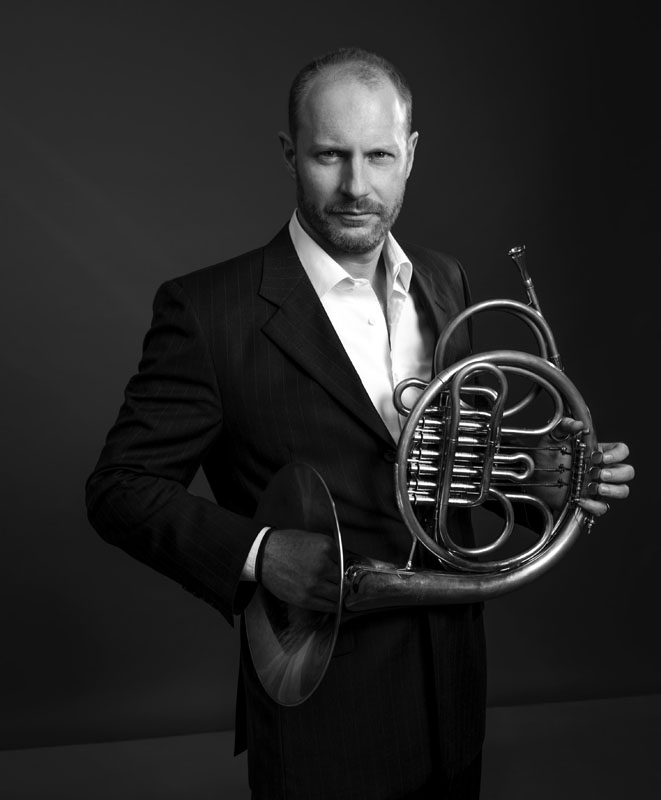 Hungarian born conductor and horn player of the Wiener Symphoniker Gergely Sugar received his principal education at the famous Franz Liszt Academy of Music in Budapest and at the University of Music in Vienna where his professors included composers Ivan Madarasz, Adam Kondor, conductors Tamas Gal, Laszlo Kovacs, and horn-players Friedrich Gabler and Adam Friedrich.

At the age of 21 he became one of the youngest members of the Budapest Festival Orchestra under the baton of Maestro Ivan Fischer who influenced him to persuade his conducting carrier. After winning the horn-audition and becoming a member of the prestigious Wiener Symphoniker at the age of 23 Gergely continued his conducting studies with legendary Maestro Jorma Panula in St. Petersburg Russia, dutch orchestra creator Maestro Kees Bakels and David Gimenez Carreras.

His first conducting engagement included the St. Petersburg Academic Festival Orchestra in Russia the chamber-players, chamber choir, brass ensemble and youth orchestra of the Malaysian Philharmonic Orchestra throughout Malaysia as well as the Kammersymphonie der Wiener Symphoniker at the majestic Musikverein and Konzerthaus in Vienna.

Gergely Sugar is University Professor at the University of Music and Performing Arts in Graz, Austria.

Gergely resides in Vienna with his wife violinist Orsolya Korcsolan and his son Natan. 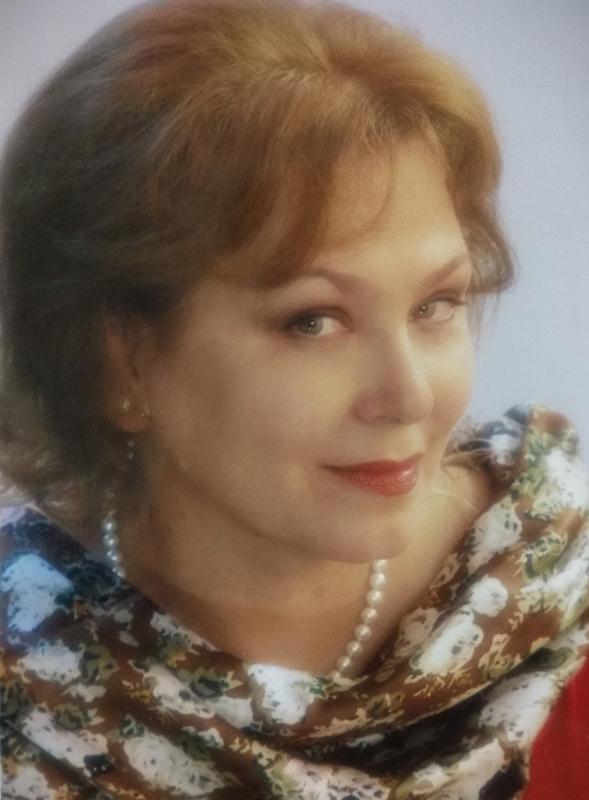 The Hungarian soprano and voice instructor, Krisztina Laki, studied with József Réti in Budapest. She made her professional debut in Berne, Switzerland, and was engaged as a leading member of the Deutsche Oper am Rhein in Düsseldorf, Germany. Later on she held guest contracts with opera houses of Cologne, Stuttgart, Hamburg, Milan, Paris and Vienna, etc. (More than 40 premiers)

Numerours appearances with her wide variety of concert and lied repertoire have taken her to the worldwide most prestigious concert halls. She was a welcome guest at international festivals, too.

Her highly praised interpretations of largely unknown composers like Salieri or are evidance of her experienced singing culture.

Her discography comprises more than 50 recordings.

In 2001 Krisztina Laki retired from activity as a singer. Since then she dedicates herself to pass on her extensive experience and know-how in the art of classical singing- worldwide! She gives mastercourses, was member of various juries, is leader of workshops, holds presentations and was lecturer at several universities.

At present she is a professor for singing at the "Hochschule für Künste", Bremen.